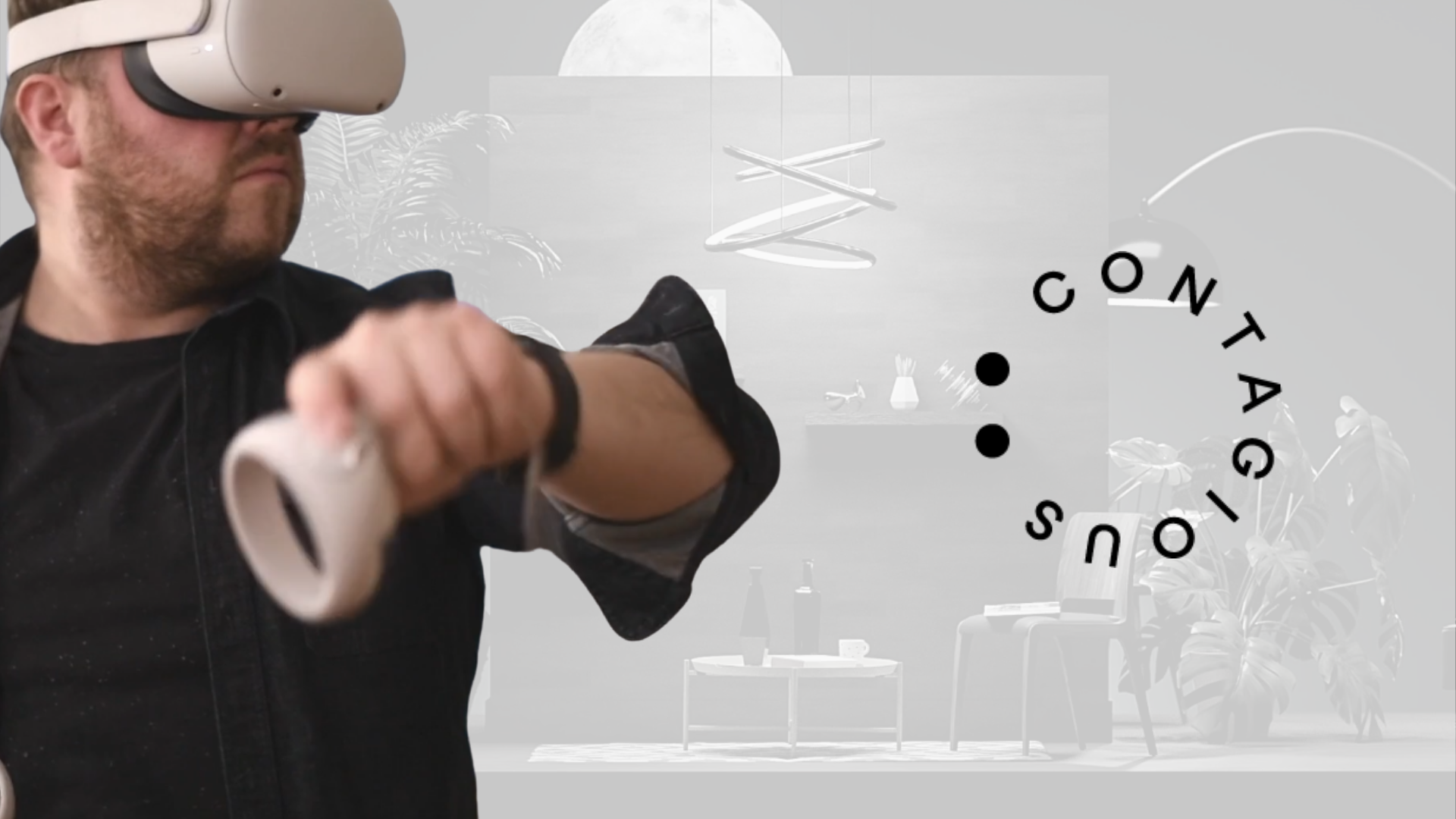 Learn how 'Contagious' uses VR/AR in The Wild as a collaborative engine to create and feel spaces with global clients & teammates, bringing a sense of physical presence before experiences are even created.

‍Paul Hollingworth, Director of Design at Contagious, uses VR/AR in The Wild as a collaborative engine to create and feel spaces with global clients & teammates, bringing a sense of physical presence before experiences are even created.

Contagious is a Scotland-headquarted environmental, brand, and experience design firm with expertise in hospitality and beverage industries.

Game Changing from the Get-Go

After discovering The Wild, we got in touch with Nick, who was kind enough to set up a demonstration of the software itself, which was very exciting. He conducted a virtual introduction to the software, which was brilliant. Everybody in the office and all the colleagues couldn't believe that we're conducting this virtual intro to this software and showcasing all the tools. From the get-go, it was game changing. The ability to share a space and talk to someone—Nick's in Oregon, and I'm Scotland, and he's showing me the scaling, bringing furniture in, moving things around, and straightaway I could tell this was something else.

Bringing Clients into the Design

The kind of projects we work on at Contagious can be varied in terms of the end goal. It's one thing to hold something in your hand and experience what that brand actually feels like in terms of the finishes and the textures. It's another thing to see how a space will play out and how that represents the brand as an environment. We use The Wild in a number of different ways. First and foremost is to flesh out ideas and the initial concept stages and to immerse people in the spaces themselves. We use it to allow people who may not have had the chance to visit some of these sites to look around and see how big the spaces feel and get a flavor of what they're going to be creating in there. We share it with clients as well, allowing them to see the designs and feel how it looks rather than just see it two-dimensionally on the screen.

Before we started using The Wild, the project would be two-dimensional designs. When it came time to share with clients, there were certain limitations, whether that was sketches or quick Photoshop mock-ups and architectural drawings. We dabbled in 3D and CG spaces for client review, and it was to generate 360 images. So that was it—it wasn't parallax, and it wasn't the depth, but it gives you a sense of a space. Now with The Wild, it takes it one step further. You really get into these spaces and look at what they are and experience what it feels like.

Pull Up a Stool Across Oceans

The initial stages of the project are vital. People who can't travel here can immerse themselves in these spaces in order to ask, what can I do in here? What could we put up there? Specifically, we're talking building a bar over there, right? Where is the product going to sit? How much visibility is that? And that's priceless. But also down the line, sharing ideas with your colleagues, it's great to be able to stand in a virtual bar and have a drink with someone you know. There was an instance with one particular client, we shared a space with them, and they found some spare space, which they didn't actually know existed, which they were able to utilize and build into storage. We were struggling for storage, and they uncovered this secret stash of space in the background.

No Passport, No Problem

Having the ability to allow people to come into a space really cuts time down at the beginning of a project. Before COVID, we would think nothing of going over to the States or going into Europe to look at a space. And what became evident, certainly over the last year, is that if we have architectural models supplied by clients that we can put into The Wild, we can all go in. It allows everybody the chance to get into the spaces and discuss, analyze and do all kinds of stuff. In terms of time and money, we're not flying here, there, and everywhere, but we're able to still get multiple people in one space virtually, which is game changing.

The beauty of The Wild is the simplicity of it and how easy it is to use. It's intuitive, it can be as simple or as complex as you like. The support has also been really helpful along the way. It's not like we're just left to struggle. I would say give it a go, have a trial of it. It becomes immediately evident that it is a valuable piece of software for anyone who's in special environments.

The Wild Won’t Leave You in the Wilderness

The Wild gives us a sense we’re using software at the cutting edge of environments design and interior design. And even as we've worked with it, progressed, and figured out how to use the tools, we've been in constant contact with the team, who've been very helpful. So any hurdles or issues which we've had—for instance, trying to plug in 3D files from a different piece of software and retrofit that into The Wild—they really helped us resolve any issues. At the end of it, we can see this is a fantastic piece of software that's only going to get better.