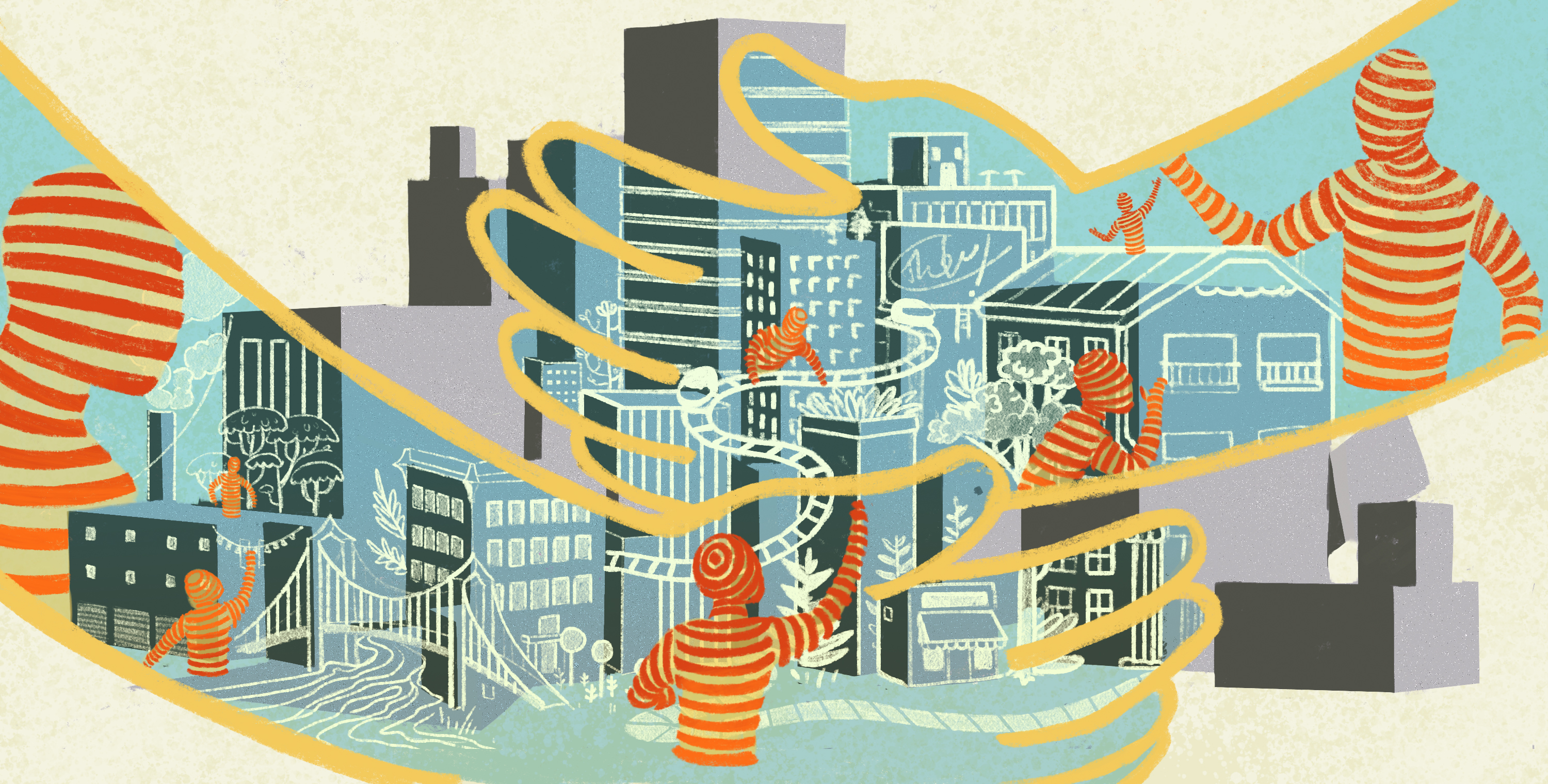 Extended Reality is Here to Save Us

With so much discord in the world, it’s comforting to know we can agree that the screens we stare at all day are incredible and also awful.

With so much discord in the world, it’s comforting to know we can agree that the screens we stare at all day are incredible and also awful. The average day moves gracefully from phone to laptop to phone to desktop—and then eventually rests on TV. It’s like a ballet where we move from one screen to the next, but with slouching instead of leaping, and less movement overall.

It’s easy to get dark about the state of technology and say: “I’m moving to a cabin in the woods.” But, we can’t ignore the value it produces to draw our gaze. The internet provides access, convenience, intelligence, and connection. It has completely revolutionized our personal and professional lives. Going “offline” is exciting in its novelty. Realistically, the choice comes at a steep cost.

So how are we to confront the tension between an online and offline life—both with benefit and cost? The solution lies in an oversimplification of the thesis. It is all too easy to view a problem as black and white when the truth is that there is a whole lot of space in between.

I’m not talking about a balance of this many hours per day online and this many offline, but rather…what if we are to blur the line altogether? What happens when we reframe technology as a spectrum between physical and virtual with all kinds of options in between?

So, let’s say the internet is the ultimate virtual reality, a place completely set apart from the physical world where ideas flow instead of rivers. Many people would say that what lies on the opposing side is something called real reality.

You don’t have to look hard online to find someone talking passionately about the real world, IRL, or going totally and completely offline…for real this time. Even among passionate technologists, there is still a deeply seeded mainstream consensus that real reality happens exclusively in meatspace (my least favorite word).

Against all odds, real things keep happening online every single day. You can find birth, love, and death online. Relationships are destroyed via text message, and it’s pretty easy to imagine war being declared by tweet.

Some of these events capture the physical world, some of them mimic it. Primarily the internet serves as a medium for transferring information from person to person.

I believe that it is dangerous to set the virtual apart from the real because it sends a message that actions don’t have consequence. Robbing a virtual bank can have just as much real impact as robbing a physical one, so we can’t pretend they are somehow fundamentally different. If you conflate physical danger with something that is real, look no further than the software that runs cars, planes, and bombs—really, super duper real stuff.

So, don’t fall victim to the real vs. virtual framing. What we are dealing with here is physical on one side and virtual on the other.

You might be thinking “I’ve heard of virtual reality and it is not the internet.” Yes, you’re kind of right.

VR headsets are here and these devices provide full-immersion in a virtualized experience. However, VR headsets are not as virtual as the internet itself. They are visualizing based on the physicality of the user, so they are still integrated somewhat with the physical world.

Then we have mixed reality, like HoloLens and Magic Leap, where you are fully integrating virtual content with a physical environment. Natural voice-controlled interfaces like Amazon Echo and Google Home are a form of Mixed Reality, because they are blending virtual/physical—albeit using sound and voice rather than visuals.

Extended Reality is the Rainbow

It’s easy to get lost in the differences between these terms and the specific capabilities of the hardware. Congratulations, you don’t need to do that.

Each part of the physical to virtual spectrum has a function, serves a role, has a purpose just as different colors have functions, purposes, roles to an artist. The artist doesn’t need to know the name of a color to understand it. You can prefer colors and use different colors to serve your purpose, just don’t forget the value in a rainbow of choices. Extended reality (XR) is the rainbow.

XR is the encapsulating term that describes the entire spectrum of physical to virtual immersive computing. We are already seeing hardware that can create different levels of virtualization within a single device. I expect this trend to continue as users experience the value of controlling their level of virtualization.

Similarly, software can target the entire extended reality spectrum. Software empowers the user to choose their hardware and create flexibility, the ability to map the virtual experience into a physical place—or detach it entirely.

Don’t get caught up in arguments over the strengths, weaknesses, and potential of augmented reality vs. virtual reality vs. mixed reality. Stay focused on extended reality and power shifts to the user to choose their level of virtualization, based on their circumstance and use case.

It turns out that physical reality is actually very limiting and it is simply human nature to push against those limits. We don’t want to be confined by the laws of physics and the capacity of our intelligence and memory. We yearn to connect with each other across space and time. Human nature leans toward innovation, and extended reality is here to redefine possible.

XR will make your life better because it is capable of a whole new level of convenience wrapped in capability. We are unleashing the power of the internet into the physical fabric of our lives.

Just remember when dealing with superpowers, with great power comes great responsibility. A hammer can be used to build something beautiful or to destroy it. Let’s not forget this is all very real, so prioritize safety and security.

Bret Victor argues that our lifestyle has become literally inhumane. He’s right. That feeling is tempting us away from the screens.

We want something better that is more respectful of the dynamic, sensing creatures that we are naturally. We don’t have to choose between online and offline. Our technology can shift to be human-centric, by prioritizing collaboration and immersion and integrating seamlessly into our physical environments.

I founded The Wild because I believe extended reality can empower designers to work better, together. The Wild is a software platform that bridges the gap between ideaspace and a shared experience. The Wild makes it possible for spatial designers to move beyond designing 3D on screens and to focus on creating a better experience.

Ultimately, people who are drawn to extended reality and The Wild are the type of people that demand uncompromising progress. They expect better workflows, better teams, and better communication. We are doing our part to drive toward a more humane lifestyle that embodies the best of the physical reality that we know and love, and extend into the limitless potential of the virtual. 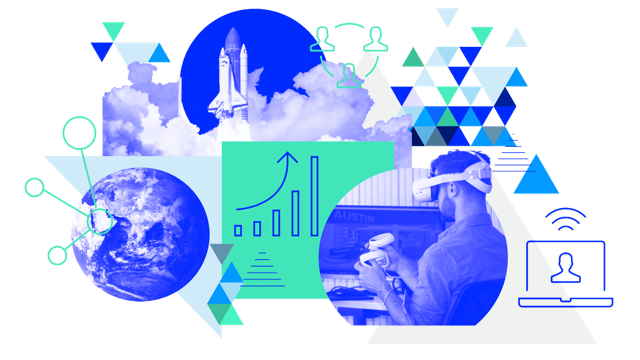 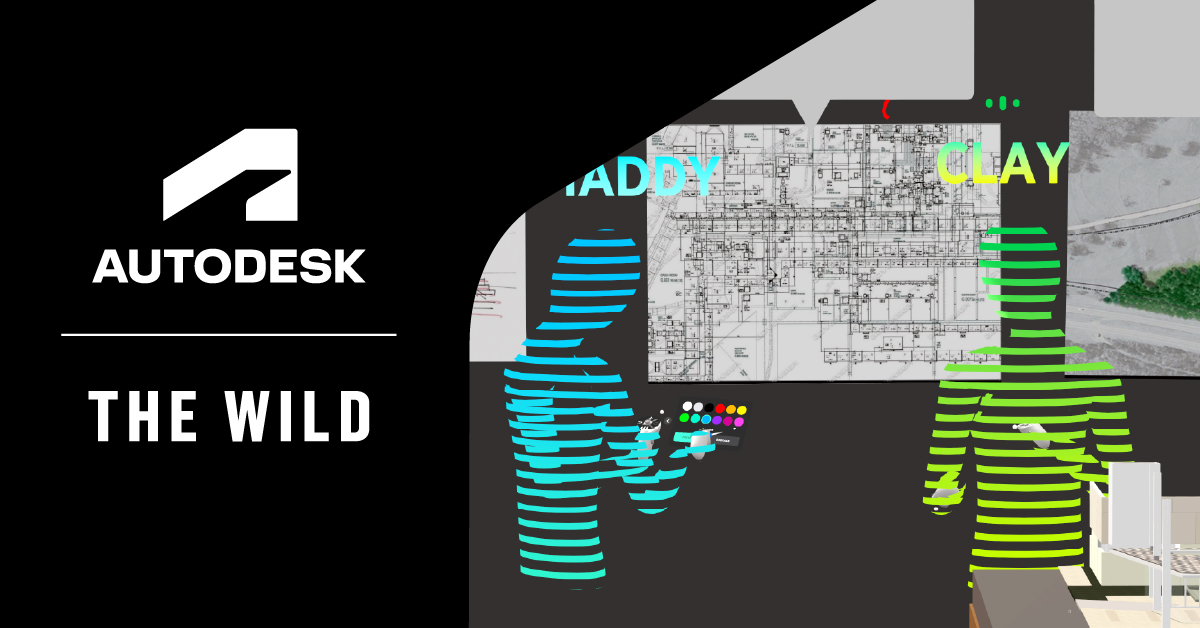 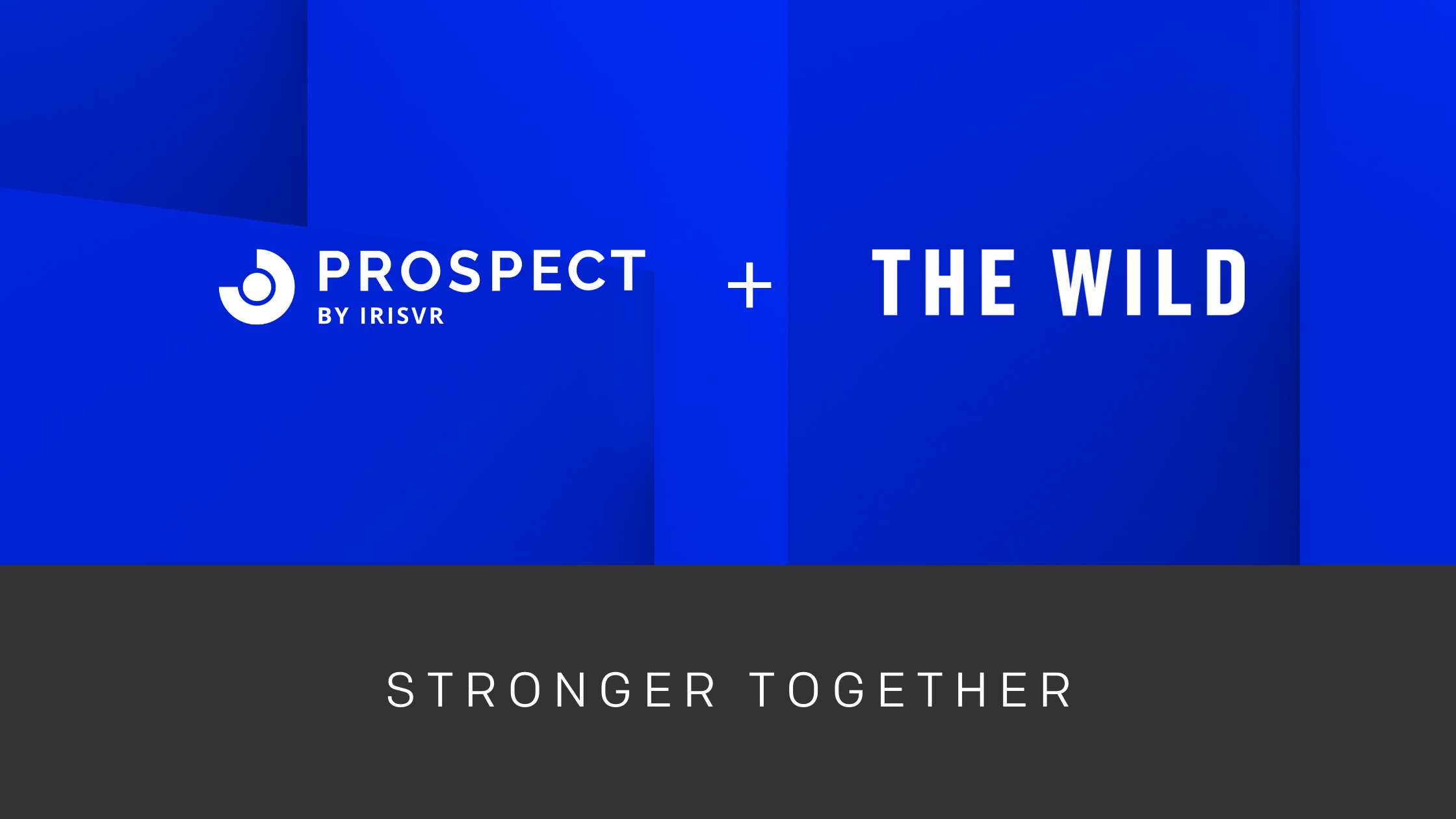 The Wild Acquires Prospect by IrisVR!