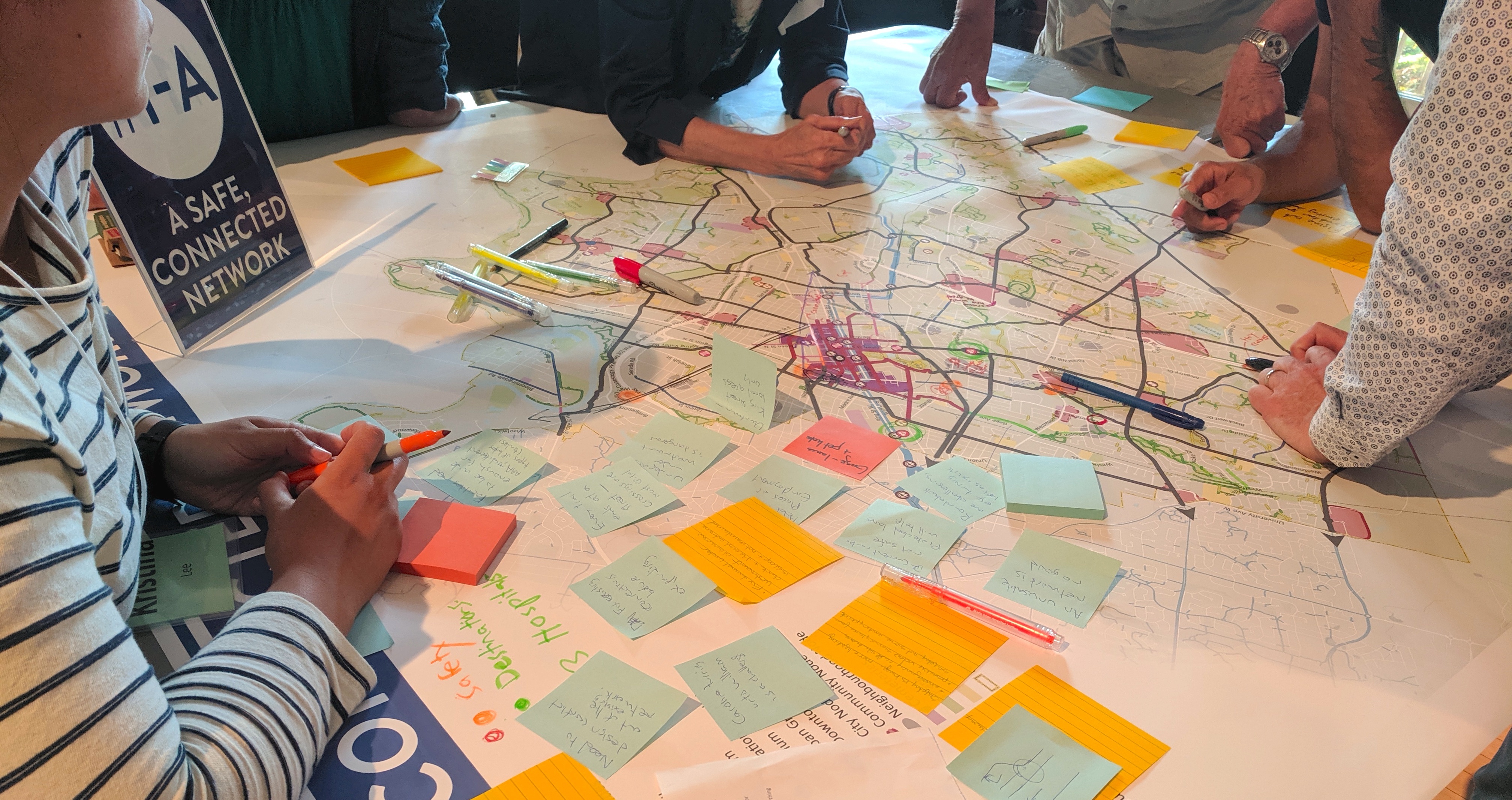 Learn how Dillon Consulting is taking their collaborative design process to the next level by using The Wild’s VR/AR platform for stakeholder and community engagement.

Dillon Consulting is a medium-sized firm with 900 employees in 19 offices across Canada, whose work focuses on engineering, planning, and environmental sciences. Though they had long felt their design projects could benefit from immersive 3D collaboration, they weren’t able to put that theory to the test—until they found The Wild.

The firm started experimenting with VR a few years ago, pulling in static 3D models for people to view immersively. But that avenue didn’t offer much, if any, interactivity. Plus, trying to bring VR to a workshop or a public meeting proved cumbersome. Not everyone was comfortable in the headsets, the screen mirroring didn’t work well, and they couldn't control the experience from a desktop. The software’s limitations excluded people from both the design process and the interactivity of moving through the design. Enter The Wild.

According to Morgan Boyco, an associate in the planning and design group at Dillon, The Wild does exactly what he imagined 3D design software should do: bring multiple people into one space, enable them to hold collaborative design reviews, and offer a good desktop option, so they don't have to be in a headset to see a design—even if they’re on the other side of the planet. Morgan says, “We've been waiting for somebody to do what The Wild has done.”

"We've been waiting for somebody to do what The Wild has done." -Morgan Boyco, Dillon Consulting

A Focus on Community Engagement with VR

Morgan, who has a background in urban and regional planning, is based in Dillon’s Guelph, Ontario office, and he focuses specifically on community engagement for planning, engineering, and infrastructure projects. He works across Canada to empower community members and stakeholders to be more meaningfully involved in city building projects.

Recently, he helped put together a VR workshop for the City of Ottawa planning staff, presenting a hypothetical redesign of Montreal Road. The goal was to show city planners the potential VR holds for stakeholder and community engagement, as well as collaborative design. Dillon sees a lot of potential to use The Wild for collaborative streetscape redesign, where 3D data is crucial, not only for the design work, but also to elevate the conversation with nontechnical stakeholders and members of the public. With The Wild, non-designers are able to visualize what designers are talking about and understand how policy might impact the design of their streets.

Democratizing the Process of Design and Collaboration

Morgan is excited to use The Wild at Dillon for design collaboration—not just internally, but in smaller external stakeholder groups, opening up the design process to include them. He is always trying to find ways to bring nontechnical people into the conversation and to enable them to have meaningful input on projects, and he’s excited about the collaboration that The Wild unlocks. “It cracks open the design process,” he says, “and allows people who don't necessarily have the software or technical skills, but who know what they'd like, to be part of the conversation. For me, it democratizes the process of design and collaboration.”

Morgan is particularly excited to use The Wild on upcoming park design processes, such as a skate park design. He says, “I was involved in the stakeholder engagement for a skate park project where we had charrette-style workshops. We had all these hardcore skater and BMX dudes in the room, and they were drawing and really invested in the project. It would be amazing to get them into a 3D visualization because lines are so important for them—flow, heights, gaps, all that stuff. It would be so efficient and awesome to be able to do that design work collaboratively in a 3D space.”

Projects like this provide the opportunity to engage a very specific group that knows what they want, and being able to see the designs spatially would be a total game changer.

Once Dillon got The Wild into their design toolkit, finding the right hardware was another piece of the puzzle, especially for public meetings. Setting up lighthouses and connecting a slew of cables to a PC was cumbersome and challenging. When the Oculus Quest came out, it addressed a lot of the hardware issues they were having. Offering six degrees of freedom without requiring a big setup, Morgan says the Quest blew things wide open for them, especially since it works so well with The Wild. “The pairing of those two was magic,” he says.

The piece that they haven't experimented with yet, but that they’re eager to try, is AR. For city building work especially, being able to view a proposed change or development on site would be highly beneficial. Morgan says, “It blows my mind that you could have a team on site with an iPad, then have someone back in the office in a headset, and that person could grab a building, move it over, and see what it looks like. I'm so excited to try that.”

Tools That Enhance the Design Process

Morgan loves the tools The Wild has to offer, especially the People tool’s gather function. He says, “I find that really valuable, especially when people are wandering around the space lost.” He also likes being able to go up to somebody, look over their virtual shoulder, and teach them how to use the tools within the platform, rather than trying to describe it from the outside. Being able to point to something in The Wild and see each other's menus and interfaces is hugely valuable to him and helps further enhance the design process for everyone involved.

Taking VR to the Next Level

Now that they have both the software and the hardware dialed in, Dillon plans to take VR to the next level—above and beyond a single building and onto the street level, at city scale. A lot of their municipal clients have open data, so they can get 3D data of the entire city and help people visualize their designs better. Dillon encounters a lot of concerns around changes to the built environment or new developments, especially relating to visual impact or how a new design is going to affect the character of a neighborhood. So they’re eager to bring their designs into The Wild and out to the public and to stakeholders.

Morgan is looking forward to being able to put people on the street corner of a design and say, "This is what it's going to look like," or if they want to, to take it a step further and say, “This is what it will look like from your backyard.” The Wild opens up so many possibilities to make the planning process more transparent. It also helps to democratize that process, by bringing the public into the conversation with planners and policy makers. Traditionally, architectural designs are presented as a beautiful rendering of what a building could look like—in the perfect light, at the perfect angle. But with a tool like The Wild, there's no hiding anything. What you see is what you get, so planners have to be ready to answer the tough questions, which Morgan thinks is a good thing.

He says, “I'm excited to bring us more out into the public with stakeholders to really show them what we're talking about—not try to explain it through technical details, but just show them and let them come to their own conclusions.”

Using The Wild's VR platform, Dillon can show community members how a new design may affect the character of a neighborhood.

See how your team can experience the benefits of immersive design collaboration by getting started here.