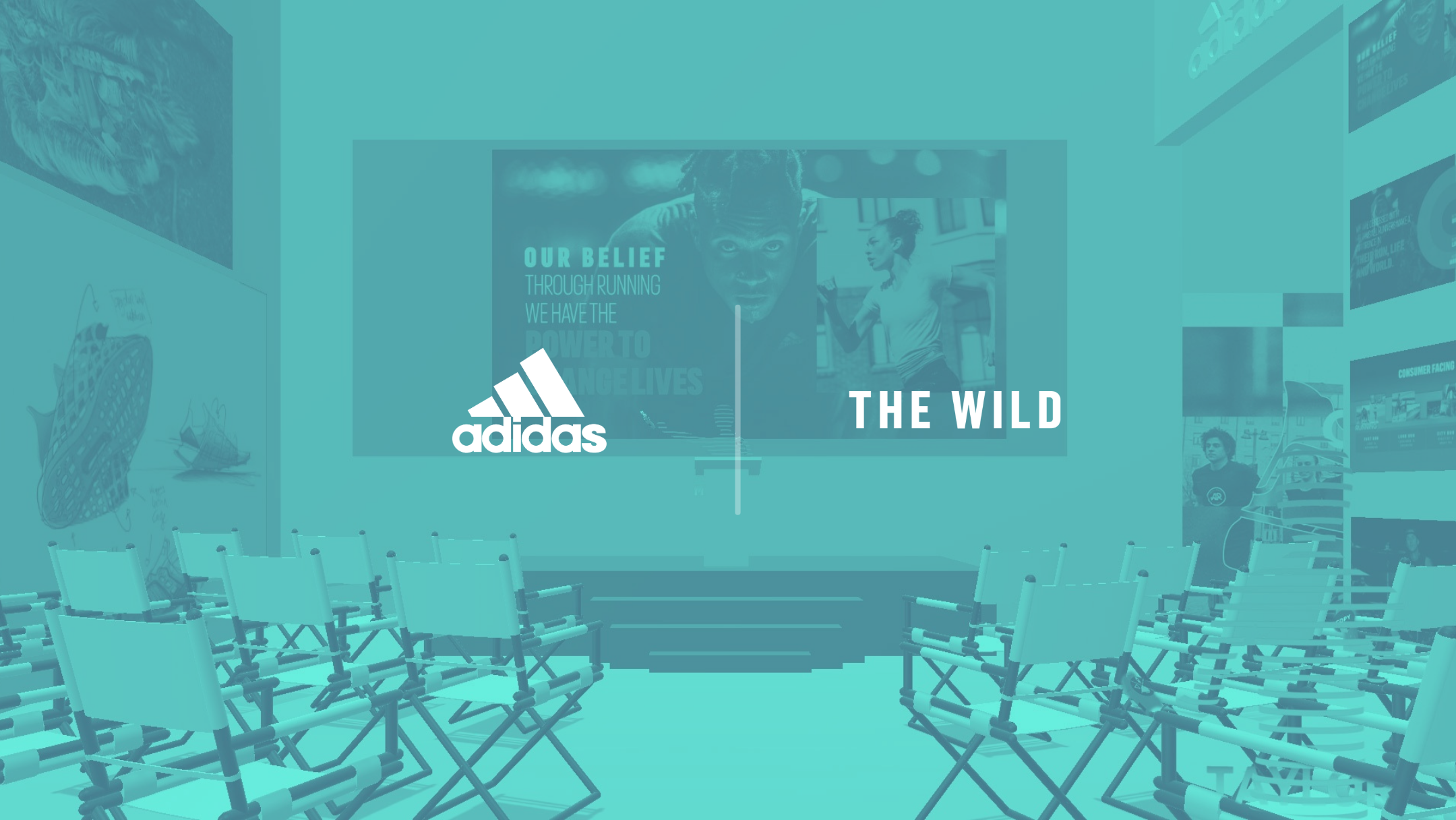 Learn how adidas has integrated virtual and augmented reality into their retail design process to make better decisions and net-cost savings with The Wild.

“We haven't found any other platform that can allow us to be as agile, creative, and iterative in a process as The Wild.”
-Brooks Clemens, adidas

Known for his role as a “Decision Scientist” at adidas, Brooks Clemens’ job sits within a community of disciplines known as advanced analytics. His team was making siloed decisions, and as a result, they were running into cost overrun and inefficient workflows. All of these problems resulted in inadequate products being delivered to their wholesale partners.

Dreaming that there had to be better solutions out there, Brooks tasked himself to reevaluate how they could more effectively deliver retail experiences to customers. Brooks’ team started investigating potential 3D collaboration tools that could yield a positive return on investment for their new distributed workflows.

Brooks’ curiosity was sparked upon discovering The Wild, a virtual and augmented reality collaboration platform for forward-thinking teams like his. His team at adidas became eager to pilot test The Wild to build a persistently evolving virtual space that could replace their usual 2D collaboration for a cornerstone event in their go-to-market process: the Selling Season Kickoff.

Confronting the Inefficiencies of Big Meetings and 2D Slides

Historically, at the start of each selling season, hordes of adidas product merchandisers, trade marketers, and salespeople would all file into a massive auditorium for their Selling Season Kickoff. Squeezing into forward-facing chairs, they would have to digest every piece of information through 2D slides about all of the new product line positioning, benefits, messaging, and sales tactics via a concentrated 30-minute meeting. They would scramble to take notes as best as they could, hoping to attempt to recall enough of what they heard to later convey to their broader teams.

This method of communication was a classic case of a “telephone game”, a common problem of conveying information that many larger enterprise teams struggle with. adidas’s retail team was trying to dissect 3D spatial ideas into 2D translations, back to another re-translation to 3D spatial. The entire process was largely inefficient and the resulting outcome was often even more convoluted.

To change this design-to-market strategy entirely, adidas instead wanted to incorporate VR collaboration as the “one source of truth”. Instead of having a designer or product manager iteratively present the information to the next team in the go-to-market process, adidas decided to re-envision the entire process as using The Wild for their single space for collaboration and communication.

Oftentimes, adidas’s product inspiration and design reasoning didn’t quite match up to the story being told in retail experiences. Their design-to-market process was conducted like a track meet, baton-passing along the design intent of each product with only part of the story that went into creating it. With each hand-off to merchandising, storytelling, and selling, information slowly misconstrued at each passing point.

The Wild gave adidas a chance to collaborate using 3D visual representations of all the product components. Their teams were able to virtually meet in a shared space to craft the products’ stories in tandem with human-scale experiences—avenues such as a running community they supported, or large cities that held vast potential for reaching customers. This full-sensory experience helped complete the missing loop of information to key stakeholders that were bringing the products and their stories to market.

Brooks says, “The Wild allowed us to utilize a collaborative platform that immersed key stakeholders in an environment with more complete information to work from, as well as a chance to work together to make changes in the same virtual space.” As a result, they set themselves up to deliver a better overall experience to customers interacting with their stories and products.

adidas quickly began to see that their storytelling and product offerings were coming together faster and more cohesively with The Wild. However, adidas wanted to take it even a step further and design their retail experience in The Wild as an extension of the story, rather than just a function of the store space.

Using VR/AR collaboration in The Wild, adidas was able to initiate this story-driven retail design even earlier in the process than before. By collaborating with agency partners earlier in The Wild, they were able to bring a more immersive context to designing their retail spaces for an impactful experience. Using The Wild’s rapid prototyping and design review tools, everyone could test their experiences before they were physically built and uncover potential flaws that would have otherwise been overlooked had they not explored the space in VR.

adidas’s most significant benefit to using The Wild was the ability to visually conduct their work in one single collaboration space. Being able to assess, change, and then reassess concepts all in native 3D significantly reduced the former translation problems they experienced. The ability to test out different scenarios with The Wild and then change course with no costs incurred is indispensable to a large, multi-layered company like adidas.

adidas Makes Better Decisions and Net-Cost Savings with The Wild

This study was built around a specific portion of the adidas running product category and a key retail partner, along with a number of design and marketing agencies. Initially, they set out to see if they could take all of the job functions involved in the category and reimagine them in The Wild. Their goal was to determine if adidas could reshape its ways of working into something new, while realizing a net cost savings, rather than a significant investment and reorganization. The answer? A resounding YES.

“We haven't found any other platform that allows us to be as agile, creative, and iterative in a process as The Wild,” Brooks says. At adidas, they’re always making decisions. As these decisions begin to add up, the risk that one of those decisions could have a significant impact to the business increases—not only in terms of financial cost, but also in terms of externalities they have yet to realize or measure.

Brooks says, “The Wild has proven to be a tool that is quick to adopt, and it has provided us with a better overall product for our customers, full stop.”

“The Wild has proven to be a tool that is quick to adopt, and it has provided us with a better overall product for our customers, full stop.”
-Brooks Clemens, adidas

Excited to arm your creative team with new decision-making superpowers like adidas? Get started with The Wild here. 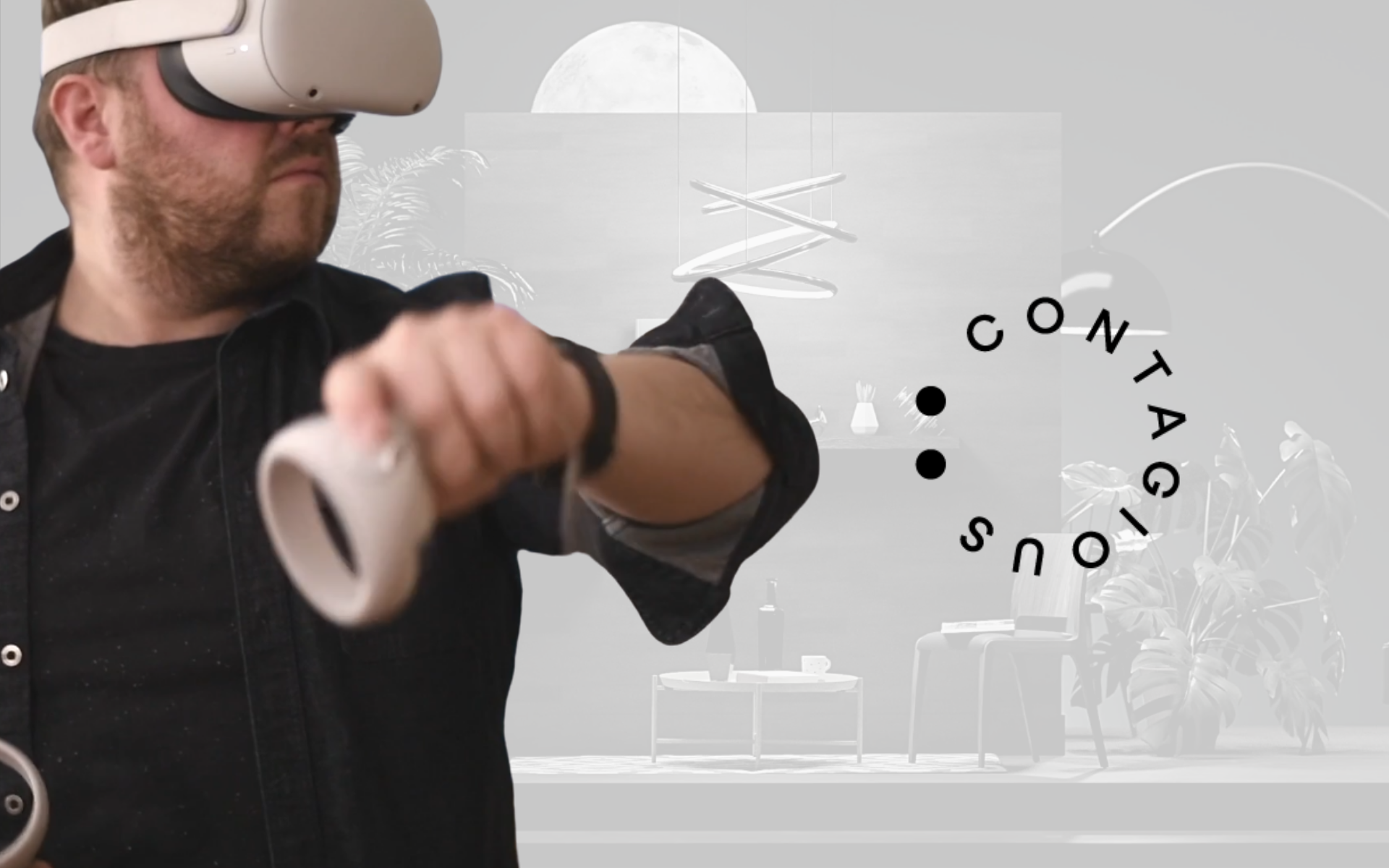