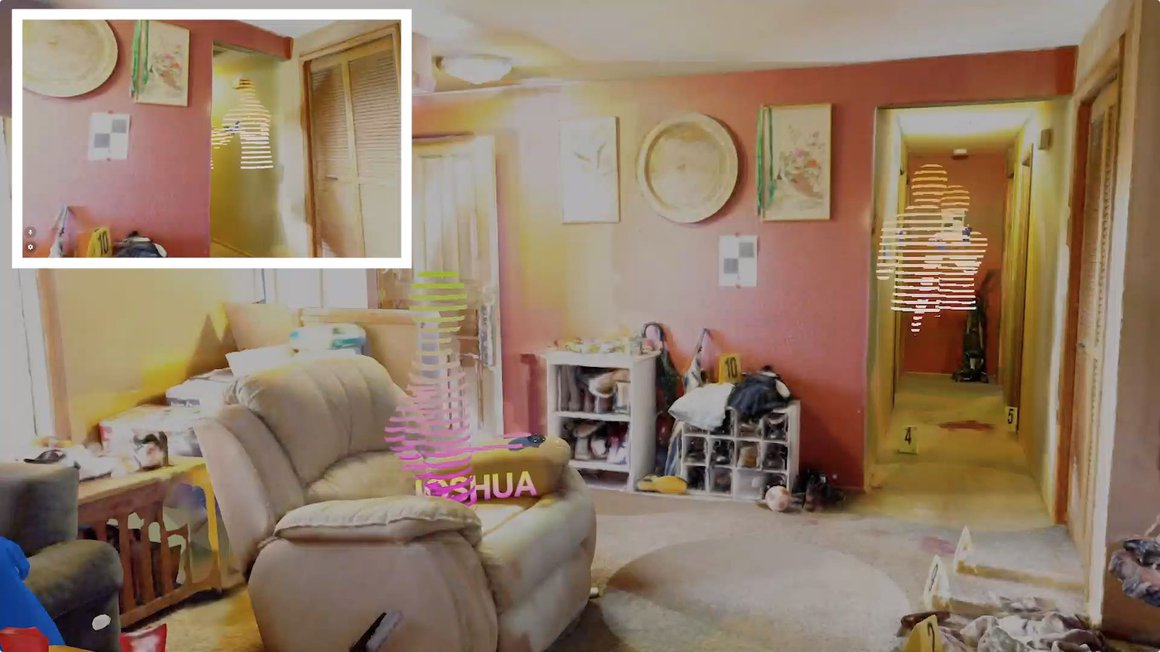 See how Fat Pencil Studio builds 3D models of crime scenes, then brings them into The Wild to collaborate with attorneys and each other in virtual reality.

When Joshua Cohen started Fat Pencil Studio in 2004, their work had nothing to do with litigation or VR. But since then, they’ve carved out a niche for themselves as a design team that helps civil and criminal attorneys use visual stories to make better cases. How do they do that? By building out 3D models of crime scenes, then bringing those models into The Wild to collaborate with attorneys and each other.

One of Fat Pencil’s goals is to help attorneys start utilizing visual stories early on in a case. The status quo in the practice of law is to focus on words—persuasion through words and storytelling through words. So most attorneys, at least those who have been practicing for 10 or 15 years, aren’t thinking about using visual tools, and certainly not at the outset. But there are enormous benefits in being able to step into the scene of a crash or a crime and experience it from a first-person point of view.

At the beginning of a project, an attorney typically asks, “What do you need to get started?” And Fat Pencil’s answer is, “Whatever you have.” The available information can vary from case to case, and while they like to pull from as many sources as possible, they’re also able to do meaningful work without much to go on. On the flip side, a lot of their work involves trying to simplify an excess of information down to what’s relevant to the case. One resource they work with often is a laser scan (or scans) of a crime scene. These scans get rendered into point clouds—huge files that, while incredibly detailed, are neither easy to look at nor work with.

Jannine Hanczarek, a technical illustrator at Fat Pencil, writes on their blog that point clouds are “a valuable resource for attorneys and investigators, who in theory can go back to visit an exact replica of the scene at any time. In practice, the complexity and sheer size of point cloud data presents a challenge.” So Fat Pencil’s designers translate that data into a simplified model using SketchUp—creating a rendering of the scene that is geometrically accurate, but excludes superfluous information (like every little bump on the carpet). Then comes interacting with that model.

According to Jannine, the most common ways of sharing point cloud data are creating still images with annotations, making a video fly-through of the scene, or putting together a package of files that can be viewed and measured in a web browser. But none of those options provide the interactivity that Fat Pencil wants. Jannine writes, “We strive to create simple and responsive tools that can be used in real time as visual facilitation for team meetings, and deliver 3D visualization experiences that attorneys and investigators can use on their own.”

That’s where The Wild comes in.

Stepping into a Crime Scene in VR

Before they started using The Wild, Fat Pencil had dabbled with various VR and visualization tools, but hadn’t landed on anything that fit their needs. What drew them to The Wild was the ability to have multiple people enter a virtual scene at the same time, which mirrored the way they had been working in SketchUp—sharing and interacting with a model in real time to facilitate conversations with attorneys and investigators.

According to Joshua, defense attorneys can benefit the most from being able to “go to the scene.” Having a tool like The Wild, which allows them to experience what it's like to walk through the crime scene, brings them closer to what happened, and it makes it easier for them to own that story and do a better job both of preparing the case and of ultimately arguing that case in court. Joshua said, “It's hard to explain how much of a change in perspective you get from putting on a headset and actually occupying a space. Understanding what something feels like and seeing it from the perspective of a person walking through a scene is much different than just looking at a picture.”

He recently had the opportunity to do a demo in The Wild at the OCDLA Trial Skills College. The Fat Pencil team had created a model of a crime scene based on a real case, and Joshua presented it to a group of attorneys. A few of them put on a headset, and they loved, not only the visual representation of the scene, but the ability to go inside it and stand next to the aggressor.

“It's hard to explain how much of a change in perspective you get from putting on a headset and actually occupying a space. Understanding what something feels like and seeing it from the perspective of a person walking through a scene is much different than just looking at a picture.” — Joshua Cohen, Fat Pencil Studio‍

Tools for Interacting with the Digital Scene

The collaboration tools that The Wild offers are also key. Being able to grab objects and move them around is also proving to be, not just fun, but invaluable. One attorney they worked with got really into interacting with the different elements in the scene, picking up the shooter and moving him around, then positioning himself with the gun in his own hand, to get a better feel for what had happened during the crime. Jannine said, “The value of that, of being able to interact with the objects, is huge. Folks who don't make digital 3D models will have a level of understanding and control over the ‘digital scene’ that they’ve never experienced before.”

“You feel very present in a meeting when you're immersed in VR. I think that people will be interested in working on cases in The Wild, even if they're separated across the country. So I'm excited about the opportunity to introduce this to folks.” — Joshua Cohen, Fat Pencil Studio

With the introduction of Oculus Quest, Fat Pencil thinks the possibilities for VR collaboration can only grow. After traveling to a meeting with a Quest and walking an attorney through a crime scene in The Wild, they loved being able say, “You can do this exact same thing in your office. You can jump into the model at any time. You don't need special knowhow, and you don't need a $2,000 computer.” Having a simple way to engage with crime scene information is very attractive to people, and Joshua thinks there’s going to be a growing level of interest in it.

“I think that, more than most things, this technology really drives home the possibility of remote collaboration,” he said. “You feel very present in a meeting when you're immersed in VR. I think that people will be interested in working on cases in The Wild, even if they're separated across the country. So I'm excited about the opportunity to introduce this to folks.”

See how your team can experience the benefits of immersive design collaboration. Get started here.